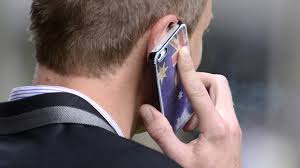 Australian citizens are now buying smartphones outright rather than on installments, according to research. Only 40% people bought phones on a contract basis while this figure was 60% in 2012.

It has happened first time that the percentage of mobile phone bought on credit has gone down, according to statistics released by Telsyte.

Around 30% of Australian citizens purchased their phones outright, while the rest of them got it as a gift or through work.

The decreasing prices of phones are one of the main reasons why people have a tendency to buy phones outright.

According to the MD of Telesyte, people, nowadays, want to change their mobile phones more often than a 2-year contract allows.

According to The Telsyte Australian Smartphone Market Study, over the past one year, the number of used smartphones has increased by two folds. The company releases this study every year.

As in the earlier version of the report, people under the age of 34 are hungrier for mobile phones, with 46% planning to purchase a new phone in the following two years.

The research involved interviews with smartphone executives, financial reports from makers and carriers of mobile phones and an Internet survey of over 1000 adults.