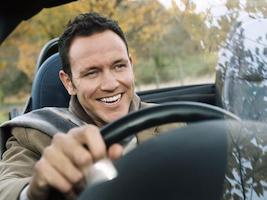 A driver of a van made clever excuses in order to avoid a fine of over $100 for using his cell phone while on the go. As a result of his excuses, the police got its hands on a cocaine stash worth $365,000. Read on to know more.
According to Andrew Botto’s reporting to the officers, the police stopped him for using his cell phone while driving, but the device along with $3,000 cash was discovered later in the October in the van.
The police got suscipicious towards Botto and searched his properties. This included a freight container with the keys found in his van. During the search, the police found a stash of drugs of class A weight around 1Kg.
The 28 years old driver from Swansea admitted possessing class A drugs he was going to supply. The driver was send to jail for 5 years. Now, he will stay there for five years.
According to Paul Thomas, the judge, if the drug had been sold in 1g deals, it was possible for Botto to make as much as $365,000, which is really a good sum of money. But unfortunately, he was arrested and got a jail time of 5 years.